As editor of the Blog for November, I have invited ‘pracademics’ and leaders in the field of ADR to contribute a blogpost to share the interesting work they are doing.

Our third guest is Catherine Davidson, who has practised as a commercial litigator and mediator both nationally and internationally. Catherine has mediated over seven hundred commercial and workplace disputes. She is a trainer for the ADC and has delivered negotiation and mediation workshops in a number of law schools in India and China.

I invited Catherine to write a piece about her work in designing collaborative commercial processes to meet the both the needs of her clients and the outcomes sought.

Over to you, Catherine… 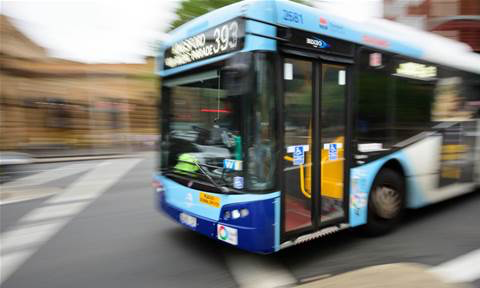 This blog is a reflection on working collaboratively with two separate clients in terms of co-designing the process, documentation and roles.

I had a week where I was approached by two clients wanting commercial facilitation. Interestingly both came from the major project space and each was made up of multiple parties. They both wanted a collaborative process and signalled they were street smart about how to approach disputes from the outset.

Seeing the design of the process as a two-way street, I ‘jumped on the bus’. I now share what I noticed and what we did.

The first approach was by the engineer who was one of the four parties to a Project Development Agreement (PDA) for a hydroelectric scheme. The project was at its very early stages. The relationship with one member of the consortium had broken down, the others were of the view that this party had not delivered on its obligation to secure the land for the project.

Trust had broken down. Attempts to negotiate independently had failed.

They all agreed that one party’s interest needed to be ‘sold’ to the others or vice versa, so the landowner could then pursue the project. Unfortunately, perceptions about the commercial value of the project had been a major issue.

Reshaping the existing relationship was key to the commercial outcome for the project.

This client actively collaborated in the design of the process. He invited me after initial discussion to do a ‘reverse brief’ scoping process, documentation, timing and costs. There were to be no lawyers at the facilitated meeting.

We edited my Facilitated Meeting Guidelines document so he could insert language that was specific about intention — ‘with a view to resolving how the parties will proceed with the project; independently via one party buying the other’s interests or together’. I noted he had been quite specific about the options for resolving. And suggested it might be helpful to add a sentence that includes “or as the parties might otherwise agree” in order to leave scope. This invitation was declined and spoke to client need for autonomy.

Expectations about individual engagement were also explicit ‘with a view to achieving a mutually acceptable commercial conclusion to the current misalignment.’

There was similar collaboration when designing the process. After the shape of the preliminary meetings was agreed a clear expectation was set that we would only proceed to the next stage of a group meeting if each party had indicated a “sufficient intent to get a deal”. It was also agreed that during the face to face meeting we would document agreement as it developed.

The second approach was from the lawyer for one of the parties to a Contractor Joint Venture for a commercial project involving a contract for the supply of a product found to be defective.

In requesting the facilitation, she highlighted her client wanted repair of the defective product under obligations in the contract. She felt a facilitated meeting with all parties and lawyers while the Director of the foreign supplier was visiting Australia could be a ‘circuit breaker’ for the dispute which was ‘brewing’. The defective product was fundamentally important to the construction of the project, so preservation of this relationship was key. This lawyer was experienced in these kinds of disputes was on the front foot about timing and tailoring an opportunity that could accommodate an ‘emotional’ party.

This client was also very clear about the purpose of the facilitation process. She expressed a desire to understand why the supplying party — a long-established family company — consistently had an emotional response to requests under the contract. She wanted to link the potential of that understanding with ways to preserve and improve the contractual relationship. The language of the Guidelines document remained more open and she prioritised the meeting as an essential part of the supplier’s visit. Timeframes were tight and having everyone cooperate to make time was a challenge with long lines of delegated authority autonomy was an issue.

There was a common driver that saw both name commercial facilitation as the desired process.

Both disputes arose from what Geoff Sharp calls relational contracts where the “contracts are underpinned by a relationship requiring more than simply what is written in the contract – and often it is that trust and confidence is vital for the business of the contract to work” (Sharp, 2019).

Some of the nine specific characteristics of a relational contract were referenced in the language of expectation used by both clients.

These two experiences of ‘street smart’ or what has been identified in previous blogs here as dispute-savvy clients meant I was able to design a sophisticated process to meet their needs (Litchfield & Hutchinson, 2016).

Both clients were very pragmatic and practical about their limitations as outlined and communicated regularly with me. Each sought practical ways to manage hurdles in the process design. The bigger picture was always about the commercial success of both projects.

Working with clients in an organic and client-led way, I found these collaborative experiences engaging and fulfilling. Working with clients who are agile and proactive is refreshing. I asked for client feedback and was pleased to note appreciation of the “sophistication of approach” and that I was “client-focused and responsive”. I later stumbled upon the Mixed Mode Taskforce checklist of criteria for mixed modes process design. I recommend this very helpful checklist for all those interested in working collaboratively to design commercially viable dispute resolution processes for dispute-savvy clients.