*The views expressed in this payer are those of the authors and do not necessarily reflect those of the Australian Taxation Officer (ATO) or James Cook University (JCU).

** Tina Hoyer is currently on a 12 month secondment to the JCU Conflict Management and Resolution Program from the ATO. Tina leads the ATO In-House Mediation Service.

*** Claire Holland is the Course Coordinator of the JCU Conflict Management and Resolution Program. She is a lecturer and researcher in Alternative Dispute Resolution (ADR) and conflict resolution processes. Dispute Resolution and the ATO

The Australian Taxation Office (the ATO) is one of the leading government agencies utilising Alternative Dispute Resolution (ADR) and has achieved a substantial reduction in disputes proceeding to litigation over the last five years. This is largely due to the ATO’s sophisticated Dispute System Design (DSD) and the ATO’s internal use of ADR methods, including the implementation of initiatives such as in-house facilitation (mediation), the dispute assist program, and independent review. Hoyer and Holland are proposing to trial a coaching model specifically designed for ATO operatives (auditors and objections officers) to build their dispute resolution capacity and improve the way in which they deal with tax disputes. It is envisaged this coaching model will complement the ATO’s toolkit for resolving tax disputes, and influence positive cultural change within the ATO.

Since 2013, the ATO has been undergoing a comprehensive program of reinvention a central theme of which has been fair, efficient and timely dispute resolution approaches in its interactions with taxpayers. The ATO disputes policy has comprehensive key principles of dispute management to promote a resolution culture based on effective communication, genuine engagement, collaboration, and strategies that are fair and proportionate to the matters in dispute, as well as leading to early resolution at minimal cost. The ATO has been recognised as having an effective DSD and possessing many best practice principles. However, some deficiencies have been identified; one such deficiency being inadequate staff training on conflict management. In addition, the ATO has been subjected to much adverse public attention in regard to its handling of disputes particularly in relation individual and small business taxpayers.

Conflict coaching has the potential to support ATO operatives to develop greater competency, confidence and understanding of choices that they can make that will meet the key principles of the ATO disputes policy.

Coaching is a term used to define a wide variety of activities. In the literature, coaching has been described as a conversation one person has with another to help them move forward or create change. Coaches work with individuals and groups to achieve their desired outcomes and it unlocks a person’s potential to maximize their own performance. Jones and Brinket define conflict coaching as a process for the purpose of developing the disputants (the clients) conflict-related understanding, intervention strategies and interaction skills.[1] Hardy and Alexander, principals of Conflict Coaching International, state that conflict coaching is provided by a conflict specialist whose role it is to assist the client to develop

2)         greater understanding of their own and other people’s needs and goals;

3)         identify and evaluate their choices for moving forward;

4)         develop confidence about managing conflict and achieving their goals; and

5)         increase their conflict management skills so that they can constructively engage in conflict.[2]

The focus of the conflict coaching process is on assisting the individual to become clearer and more confident about their conflict situation. In the ATO context, this includes supporting ATO operatives to analyse their own behaviour and develop a greater understanding about what choices they can make in the situation that could result in a positive outcome for the taxpayer and the ATO in line with the key principles of the ATO disputes policy.

Freedman suggests that when working in complex adaptive systems, such as the healthcare sector, conflict coaching can be used to support conflict transformation or management, rather than focusing on resolution. Orientating the purpose of the coaching is important to ensure the coaching model, and style are best ‘fit for purpose’.  An adapted coaching model drawing on the REAL Conflict Coaching process and incorporating Ury’s 7 step negotiation preparation[3] will be developed and trialed with ATO operatives to determine if coaching is an effective process to support a conflict transformation mindset that results in greater positive tax dispute outcomes for the taxpayer and the ATO. 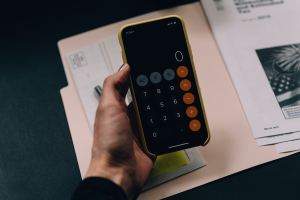 To research the effectiveness of this coaching model, a research project will be conducted that employs a holistic approach to examine the model from all stakeholders’ perspectives. This research project seeks to understand whether:

Holland and Hoyer have recently presented at the National Mediation Conference in Canberra in April and will soon publish a paper outlining their research, Holland, C. & Hoyer, T (2019 – under review) A case for coaching: Influencing cultural change at the ATO. 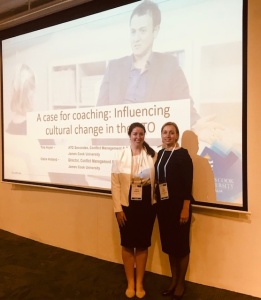 1 thought on “A case for coaching: Influencing cultural change at the ATO *”