This post has been contributed by Adjunct Professor Sue Field, in collaboration with network member Hanna Jaireth.

It is common knowledge that we have an ageing population in Australia. In 2017, 15.4% of the population were over the age of 65 years and this group is projected to increase more rapidly over the next decade, as further cohorts of baby boomers (those born between the years 1946 and 1964) turn 65 (3101.0 – Australian Demographic Statistics, Jun 2017).

Therefore, it is safe to assume that professionals working with an older client base may well be confronted with situations where the mental capacity of their client may be in question. This is equally true of those engaged in mediation, where one, if not many, of the parties involved may not necessarily have the requisite mental capacity to engage in the process.

It is timely therefore to indulge in a short recap of the fundamentals associated with mental capacity.

At the outset, in respect of mental  capacity, there are two basic premise. The first is that there is a presumption of capacity and the second is that capacity is a legal, not a medical, concept. But presumptions can be rebutted. In this instance it can be rebutted by the presence of a valid trigger (or red flag). For example the person concerned displays behaviour that is not the behaviour considered usual (or normal) for that particular person. Simple examples of triggers are constantly repeating the same sentence or a total inability to repeat, and comprehend, what has just been explained to them. However, any trigger should be further explored as there may be a rational explanation for the behaviour. For example is the person stressed in their current environment, are they on medication, or has their medication recently been changed. Do they have a urinary tract infection, or some other illness.

Perhaps in the example of not being able to repeat what has been explained to them, consideration should be given to the fact that  the person explaining a situation has not taken into account the level of education/cultural differences/or the stress occasioned by the environment!

The second premise, that is, that capacity is a legal, not a medical concept means that should the matter end up in a court or tribunal that legal body will make a determination of the person’s capacity, based on the evidence provided.

But what exactly do we mean by “mental capacity”? Not all jurisdictions provide a statutory definition. Therefore reliance is placed on common law, in particular the 1954 High Court case of Gibbons v Wright [1954] HCA 17 per Dixon CJ, Kitto and Taylor JJ, where their Honours stated that:

“The mental capacity required by law in respect of any instrument is relative to the particular transaction which is being effected by means of the instrument, and may be described as the capacity to understand the nature of the transaction when it is explained.”

Caution, as mentioned supra, should be exercised here to ensure that the explanation is given in a manner that the relevant person can understand!

A further caution is not to assume that because a person has a diagnosis of “dementia” they cannot make a decision. A person may well be diagnosed with dementia at a very early stage of the condition and manage their lives successfully for many years. However, such a diagnosis may be seen to be a trigger and therefore should be explored – and documentation in situations such as this is of vital importance.

It can be seen then, that capacity is not global (in other words it is not an all or nothing concept). It can be domain specific, that is, the person may have capacity for health decisions, but not financial, and vice versa.  But even within a specific domain capacity is, in fact, decision specific. A person may have capacity to make a will (testamentary capacity), but not capacity to enter into a complex contract or engage in mediation.

This brings us to the term “legal capacity”. This is generally accepted to mean that the person has ability to:

It can be seen, therefore, that for a person to engage in mediation, they must possess legal capacity. Finkel and Linden note that a mediator should have sufficient information and understanding of mental capacity “that is commensurate with the risk of her/his judgement being inappropriate.”

It is suggested therefore that should there be concerns about the capacity of a person to engage in mediation the mediator could perhaps ask themselves the following questions:-

We cannot deny that we have an ageing population and as we age we do have an increased risk of developing some form of cognitive impairment. Equally we must expect that older people may well form part of our practice. Are we, therefore, ready to accept the challenges occasioned by these changes? 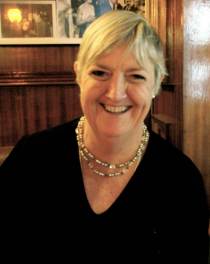 About the author: Sue Field is an Adjunct Associate Professor at Western Sydney University where for the past fourteen years she has taught elder law to undergraduate law students. Sue is also an Adjunct Associate Professor at Charles Sturt University, a Lead Investigator with the Cognitive Decline Partnership Centre, a Research Fellow at the University of Western Australia, a Director of the Australian Centre for Elder Law Pty Ltd and a Distinguished Fellow at the Canadian Centre for Elder Law. Sue is co-editor of the Elder Law Review, the only refereed elder law journal in Australia. In conjunction with Professor Carolyn Sappideen and Karen Williams Sue has co-edited a recently released text on Elder Law and is working on a co-authored text on elder law for the layperson. Sue has published widely and presented at many international and national events.

Sue is a member of the NSW Law Society Committees on Elder Law, Capacity and Succession, and Rural Issues and was on the Advisory Committee for the Australian Law Reform Commission Inquiry into Elder Abuse.