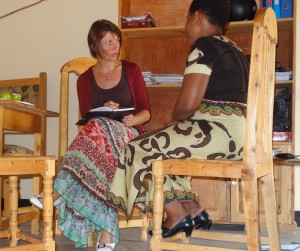 This post is written by Judith Rafferty (nee Herrmann), lecturer in the Conflict Management and Resolution program at James Cook University, nationally accredited mediator, trained conflict coach, and facilitator. Judith has a degree in Business Administration and Conflict and Dispute Resolution, and is a PhD candidate assessing the experiences of female survivors of conflict-related sexual violence with transitional justice processes. This blog entry is based on Judith’s TEDxTalk “When “Sorry” seems to be the hardest word – but I don’t care!”, which can be viewed here.

Some background to the research discussed in this blog post can be found in Judith’s journal article “Experiences, challenges, and lessons learned: interviewing Rwandan survivors of sexual violence”, which can be accessed here. Further publications discussing findings of the research are planned.

As a mediator and conflict coach I have observed many times how people in conflict feel wrongly treated by the other conflict party and request an apology. Only then, so they feel, is it possible to let go of the conflict and move on. Feeling the need for an apology makes people in conflict vulnerable and dependent on the other party, who might not be willing apologise. In this blog entry, I address the question of how people can become less vulnerable and more resilient when in conflict by forgiving those who they feel have wronged them, even if no apology is offered by the other side.

I was introduced to the concept of forgiveness while interviewing women who had survived sexual violence during the genocide in Rwanda in 1994 and who had experienced extraordinary wrongs by the hands of their perpetrators. Many of these women never received an apology from the people who had raped and tortured them, and yet, some of these women made the decision to forgive irrespective of any conciliatory actions of their perpetrators.

To give you a little bit of background, an estimated 250,000 – ½ Million women were raped during the genocide in Rwanda.  Many were raped and then killed, or died later from the consequences of the violence. The women who I interviewed as part of my PhD research on justice needs of survivors of sexual violence, had physically survived the violence and were able to share their stories with me. Many of the women had been raped by their own neighbours and have to live side by side with the perpetrators’ families today. At the same time, many of the women had lost their own families during the genocide. All the women who I spoke to had, following the genocide, participated in local justice processes in Rwanda (called “gacaca”). What women pointed out as particularly difficult during these justice processes was that most perpetrators denied everything of which they were accused. What would have helped, the women told me, was to hear a confession or even better, an apology. I wanted to know how the women coped with the fact that hardly anyone took responsibility and confessed and/or apologised to them. While discussing this question, a number of women raised the topic of forgiveness.

For example, a woman who had been raped and who had lost all her brothers and her father said:**

”There was a time when I was very angry. All the things that they had done to us were boiling inside us. But the anger is now gone and I can forgive them”.

She explained to me that she had actively made the decision to forgive, even though her perpetrators had neither confessed, nor apologised to her, and that this decision had helped her to find peace at heart and facilitate her recovery:

“Once I decided to forgive, I was healed”.

I thought that these words “I decided to forgive” sounded empowering and suggested that forgiveness is a choice that can be made without receiving anything in return. After hearing the women’s stories, I was intrigued to learn more about forgiveness, a concept that I, like many other people, found initially rather abstract. In the literature, I found some definitions of forgiveness that seemed to align with what the Rwandan women had talked about, and that brought the concept closer to me, including the one provided by Dr Fukofuka:

“Forgiveness involves conscious choice. When we forgive we decide not to think or talk about what others have done to hurt us. Forgiveness is not forgetting and it is not excusing; it is in fact the opposite of excusing. The mere fact that forgiveness is needed and granted indicates that what someone else did was wrong and inexcusable”. 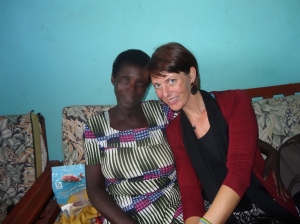 Similarly, psychologist and researcher Frederic Luskin views forgiveness as a discrete process of letting go of anger and resentment, which may occur regardless of whether the wrongdoer has apologised or not.[1] Luskin found in his research that learning to forgive has psychological and physical benefits for people, since it helps to ‘hurt less, experience less anger, feel less stress and suffer less depression’.[2] Some critiques argue that forgiveness implies condoning or excusing wrongs, which may ultimately result in an omission of punishment of a wrongdoer.[3] Others have questioned the impact of forgiveness on the dignity and self-respect of those who are requested to or who offer to forgive.[4] However, I believe that this criticism mainly refers to situations where forgiveness is expected in return for an apology, and not where forgiveness constitutes a deliberate choice of the person harmed to let go of anger and resentment as described by Luskin. In fact, the process of forgiveness as defined above does not require any future interaction with the other party who has caused harm. Having said that, forgiveness can be part of a broader reconciliation process where one party apologises and the other one forgives. A few women did talk about how some of their perpetrators eventually apologised and how the women forgave them. However, the majority of the women has never received an apology until today, and yet, some of them “decided to forgive”.

In summary, what we can learn from the women in Rwanda and what is supported by professionals who have researched forgiveness, are the following points:

** The original interviews were conducted in Kinyarwanda and were later transcribed and translated by a Kinyarwanda-English speaker. Challenges associated with researching in another language and how they were addressed in this research are further discussed in Judith Herrmann, “Experiences, Challenges, and Lessons Learned – Interviewing Rwandan Survivors of Sexual Violence,” Griffith Journal of Law & Human Dignity 5, no. 1 (2017))