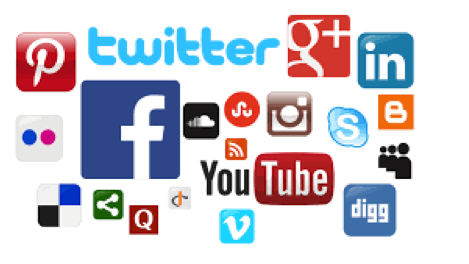 This post is written by Margaret Marton, a Humanities and Legal Studies teacher with many years experience. Margaret is currently completing a Masters in Conflict Management and Resolution at James Cook University with the view to be a mediator within juvenile justice and/or schools. She is particularly interested in introducing conflict resolution skills training in schools, possibly via competitions. She is also interested in how new technology is influencing the dispute resolution processes. This blog post was originally submitted as part of the assessment for the Masters subject Foundations of Mediation.

Where is mediation heading? How much influence has new social media had and potentially will have on mediation? The clash between social media and traditional litigation is tectonic so can mediation as we know it survive?

Does mediation’s lack of formality when gathering and presenting information need special rules regarding social media? What guidance should parties in mediation be offered regarding use of social media? Will there be a “Mediation App” in the future? All immensely interesting and challenging questions in a nation where social media is so ubiquitous Waleed Aly has wailed you cannot escape it!

The wildfire pace at which technological apps have developed has people demanding new forms of dispute resolution more in tune to the power of the individual, their ease with technological communication and their access to immense amounts of information and advice at the touch of a screen? What do mediators need to focus upon to be reflective mediators in a media nation?

One of the most problematic elements for mediation is confidentiality. Even though there is profound debate over mediation’s definition there is general consensus on what occurs in its practice. Most agree mediation involves a private impartial mediator-facilitated meeting, conducted on a confidential basis, between disputing parties to assist reaching a mutually agreed outcome. Confidentiality is a hall mark of mediation. It is the access to or exposure about what transpired in a mediation. Section 9 of the Australian National Mediation Accreditation System Practice Standards, state that subject to the requirement of the law a mediator must maintain the confidentiality required by parties. Without doubt confidentiality of the process was the driving force behind the popularity of mediation as an alternate to the public disclosure central to court litigation.

Even though working in the “shadow of the courthouse”  has already placed significant limits on confidentiality in mediation, it can be argued social media is a far greater threat. Due to peoples’ increasing lack of intimacy and privacy in interpersonal relationships, as practiced on social media sites, confidentiality has lost much of its credence.  Mediators must be attuned to this. As an aside, in a recent survey on counselling 80% of practitioners indicated they had clients who expressed concerns about the impact of social and mobile media on their relationships.

The ethical issues surrounding this loss of confidentiality become clear when the motives for “sharing” on social media platforms are not positive. In a recent divisive family law case, Lackey v Mae the judge ruled a father immediately remove from Facebook all references to the proceedings, the children, the mother’s name, the father’s name, and so on. As the  Deputy Chief Justice of the Family Court of Australia, John Faulks, explained, what would it  be like if you were a kid at school and all your mates said, ‘Oh, we’ve been looking at Facebook and we’ve seen what your father says about your mother,’ or whatever it may be, it’s a pretty horrible situation.” Certainly it is against the paramount rights of the child and section 121 of the Family Law Act (which is rarely applied). On the Law Report Faulks DCJ went on to say “people will use the social media to abuse the other party, to bully the other party, to be critical of the proceedings,… which of course is relatively easy to do in the middle of the night, sit down, open up your account, put the information on there. You don’t have to look at anyone when you’re doing it, you don’t have to feel any empathy for the person who is being affected by it, you can just spray.” How would an impartial mediator, who would most likely actively avoid access to this Facebook site, know about and then deal with the ramifications to cyberbullying such as this?

Another ethical issue for mediators involving social media is secret taping of private conversations. This could occur during mediation or be tapes of situations concerning the issue being mediated. Secretly taping a private conversation is legal in Queensland, is promoted as a way of dealing with conflict and is only breached if broadcast without reason. For example it may be used for protection or as evidence to record what happens in particular situations like child handovers or fidelity issues.

As there is little discussion re this concerning mediation a look to the courts can be illuminating. Until recently courts had not seen this as useful evidence, but increasingly courts are accepting smart phone-taped evidence as it is timed, dated and can be GPS referenced for location. A family court lawyer claimed there was discussion about the use of social media derived evidence in at least 30% of cases they dealt with.  Interestingly, the Domestic Violence Resource Centre in Victoria has just won the Victorian Premier’s Award for public sector innovation for the SmartSafe+App. This App was designed with police to help women collect and store evidence concerning breaches or the need for intervention orders. Mediators must be able to deal with this form of information if brought to the table in discussions.

Broadcasting information or images has enormous implications for mediation and its potential to escalate a dispute. A Home Economics teacher recently had an incident where two 12 year old boys instead of fashioning bachelor buttons with their dough fashioned an appendage they were far more interested in. Just as the teacher realised what they were doing a fellow student quickly photographed the biscuit and loaded the image on to Instagram.

The resulting discipline, after conversations with parents, was as severe for the upload of the image as for the creation of a limp biscuit. Recently, new apps allow a person to broadcast or share an image to complete strangers.  New tracking functions on the latest smart phones have again raised online privacy fears. Mediators must definitely negotiate with both parties at the beginning of mediation about confidentiality and how mobile phones or similar devices are to be handled in the meeting. It is possible that special rules need to be applied concerning smart phones usage such that if breached it could terminate the mediation.

Not all impacts of social media are negative and many see the new technologies as a positive force in mediation. Technology is transforming the work of lawyers and the delivery of legal services to the consumer. Already legal advice and dispute resolution can be accessed online. Jacques Joubert argues that social media is a “game-changer” and that mediation between large companies and the general public will be  will be controlled by mass outrage, one of the most powerful of human emotions. The reason people post on social media is also affected by our culture and way of life. A UK study has shown that British people post to maintain personal distance while Chinese do it to maintain privacy. Even attention spans are blamed on it. Social media is a game-changer for mediators!

Central to managing all these impacts of social media on the mediation process is the professionalism of the mediator. In the absence of binding formal rules, ADR participants and practitioners grappling with social media issues should be guided by two foundational concepts:

Interestingly, Diane Levine, a long standing ADR blogger holds that blogging is the best way to stay current [and possibly reflective?], as blogging is a conversation between fellow practitioners “who make it their business to keep abreast of essential news and trends.”

Using these two principles will not deal with all issues impacting on mediation by social media platforms. However, they should provide a useful framework for thinking through the ramifications of a “media-nation on mediation.” The heart of any profession is clear standards of ethics and practice.

Amanda Boardman a mediator from the Centre for Integrative Law (CIL) in Cape Town reminds us that “a legal system is a fluid and dynamic system, inextricably woven into the fabric of the society it is expected to contain.” Mediation must, can and will adapt to social media platforms to serve its media – nation.

1 thought on “Mediation in a media nation”