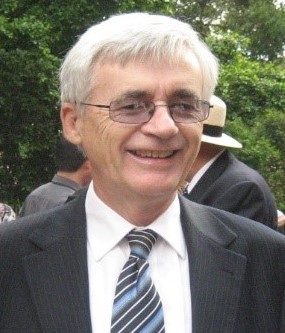 John Woodward is a PhD Candidate at UNSW. He was a solicitor in private practice as a litigation lawyer for 25 years. He is also an arbitrator for the Local Court of NSW and a mediator.  Daily contact with commercial and general litigation both as a legal representative and an arbitrator have brought him face to face in a very practical way with the anomalies of adversarialism and its shortcomings as a way to end disputes.  John became increasingly aware of the benefits of ADR and became an enthusiastic user of mediation, which his clients invariably found a much better process than the ordeal of having to go to court.  After having become accredited as a mediator, John became aware that what lawyers do in court-connected mediations “is a long way short of what real ADR is and has to offer.”  Reflecting on that led John to wonder whether lawyers are so culturally attuned to contest and rivalry that they are simply incapable of adjusting to the role of embracing the values necessary to assist clients in mediations and other ADR processes.  John suspects that court-connected mediation in NSW suffers from the same difficulties as those identified in other schemes.

John’s research question is how lawyers are responding to mediation conducted in the shadow of the law, that is, where litigation is either under way or is an imminent threat to the disputing parties.  It seeks, through a qualitative method of semi structured interviews of lawyers and mediators, to establish how lawyers see themselves and their role in mediation.

If John’s research is communicated effectively to the legal profession, it has the potential to improve the quality of mediations in which lawyers participate (either as mediators or client representatives) and improve their understanding of dispute resolution.

The most serious challenge to the work so far has been confining the work to a manageable topic. John has realised that he could spend a life time and do many doctorates on topics related to court-connected dispute resolution. He also found some challenge in formulating a research framework within which to work.  Having the experience of many years of legal practice can be both beneficial as well as obstructive.  On one hand, the experience promotes a passion for the subject because he knows how much this work really matters and how it affects people’s lives at an intensely practical level. On the other hand, legal practice does not provide any assistance to become an academic researcher and acquiring those skills can be demanding.  John’s immediate challenge now is to obtain ethics approval, a task which he has almost completed.

John shared his work with the ADR Research Network Roundtable in 2015, with his work in progress titled “The Effect of Legal Professional Culture on the Integrity of Court-connected ADR”. John plans to participate in the 2016 ADRRN Roundtable.

He has also published three journal articles over the past few years.

When asked where he would like to take his work post-PhD, John reflected that one of the great things about doing a PhD is that you are already there before you finish.  He really enjoys the research – so much so that he thinks he would like to continue researching.  He also enjoys writing so is hopeful that some of his work may find its way into a book at some time in the future.