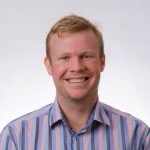 Research into ADR sits alongside other research I do in the fields of psychology and law and the scholarship of teaching and learning.  This is balanced with the teaching of lots of undergraduate law students at QUT.

2.  Why did you become interested in the dispute resolution field?

I spent two years working for different judges in the Queensland Court system (1 year in the Queensland District Court and 1 year in the Queensland Court of Appeal).  Being in and around the courts exposed me to the difficult life events that many people encounter.  The human and emotional costs of taking a matter to court appeared to be really taxing upon people.  I became interested in forums that parties could use that would allow them to speak their peace and be listened to by another person, without the expense and formality of court proceedings.  In many instances, taking a matter to court seemed like overkill to me.  It reinforced the idea that the substance of legal disputes was important, but the way they were resolved (procedurally) was just as important.

3.  What is your particular area of dispute resolution research interest?

I’m interested in the psychology behind ADR forums and how the answer to a legal problem is often found in a non-legal solution.  I’m not sure that I will ever be able to say that my particular area is X, or I have specialised knowledge in X area of ADR.  I like to be a generalist, and know a little bit about a lot of different areas.  At thisstage, I haven’t done a PhD, so that might focus things a little bit.

4.  Whose research has influenced you? Why/How?

I like reading work by authors that has a more literary feel to it.  Carrie Menkel-Meadow is always good to read.  Marjorie Silver is the same.  I find myself citing Laurence Boulle a lot, because he has already written about every idea that I seem to come up with (which is actually quite frustrating when you think you have stumbled across a novel idea.)  I genuinely enjoy reading work from other members of the ADR research Network.  When you have had a chance to hang out with other academics and get to know them a bit better, reading their articles is fun.  I’ve lost count of the number of times I’ve though to myself “shit, I wish I had that idea first, how clever!”  More generally, I like reading articles or books where the authors have a beautiful way with words – particularly those that flout the usual rules for peer reviewed journals.

5.  What dispute resolution research are you involved in at the moment?

I have two articles in the back of my brain that are waiting to come out.  One on the neuroscience surrounding emotion in ADR forums, and another suggesting that positive psychology principles explain why people mediate.  I’m looking forward to a bit of connected research time to commit these thoughts to paper.

6.  Where would you like to take your dispute resolution research work over the next ten years?

7.  What advice do you have for emerging dispute resolution researchers?